As Korea and the UK both focus on transitioning to a low carbon economy, respected British engineering firm Ricardo is working to build stronger partnerships with Korean companies. One key way it is doing this is by participating in KOTRA’s Global Partnering events program.

President for Ricardo Korea, Dr. Andy Noble believes there is lots of potential for collaboration between UK and Korean companies and attended KOTRA’s European Hydrogen Global Partnering event as a way to meet new partners and suppliers. 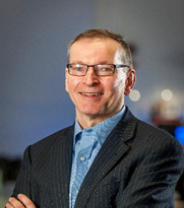 Ricardo is a British environmental, engineering and strategic consultancy firm with over 100 years of history – especially in the automotive sector. The company has a world-class reputation for its work on engines, transmissions and hybrids in particular, and has worked on projects with many of the world’s top car and commercial vehicle manufacturers.

With a mission to support the decarbonisation of the global transport and energy sectors, Ricardo also works across the defence, rail, marine and aerospace sectors. As climate change becomes the world’s biggest priority, Ricardo’s team is focussing on helping its clients, from vehicle manufacturers to governments and international organisations, to make the transition to low carbon technology.

In April 2021, Ricardo was invited by London Korea Business Centre to participate in KOTRA’s EU H2 Global Partnership 2021 event. The conference was held virtually via Zoom and consisted of a series of webinar sessions followed by one-to-one online meetings with Korean companies tailored to the specific needs and interests of the participating international guests.

As the conference was hosted by KOTRA Zurich, normally it would be difficult for companies outside of Switzerland to participate. However due to the virtual nature of the event, 17 companies from all over Europe were able to take part.